Generations of Secrets and Lies
by
Elizabeth Ann Johnson-Murphree
Part 3
Story told by Great Grandmother-Mary Jane Overton – “Ma”
“My grandparents and those of my mother had been friends since their childhood years; they shared the same nightly fire on the trail that seems to have no end. They spoke often among themselves about what was happening in the strange land they were being taken too”. Ma swore many times that she would never be the captive of any white man.
Around many fires were Indian tribes from all of the Five Civilized Tribes, the greatest numbers being the Cherokee. Proud spirits of once great tribes were now faltering under degrading conditions. Soon, they had arrived in Arkansas; Sipsee would hear her mother speak about what was going to happen to them. Many people were contracting diseases that had no cure and the weather was becoming frigid, clothing worn was inadequate for the time of year and many elders’, young children and babies had already died.
The younger men talked of escaping. It was Hawk’s decision to be among those who would attempt return to their homeland in Alabama. The warriors, the men, their wives and children would escape. Hawk set with his family and the family of Sipsee around the fire on what would be their last night. He revealed to his family that he would leave after everyone had bedded down for the night, his mother feared for his life, yet his father understood of what his young son had to do.
“Being dead had to be better than living like animals herded into circles with soldiers guarding them”. Hawk said leaning close toward the families. 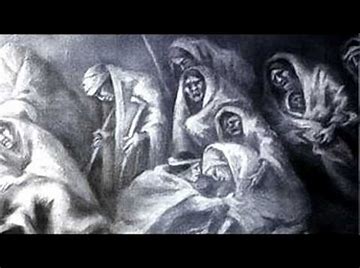 In secret, he had sought out Sipsee and questioned her about her feelings for him. It was too late for courting rituals, or for Sipsee to be prepared by her mother to become a part of Hawks soul. The giving of gifts and of the special blessings of the elders would not take place.
Earlier when Fosee found Sipsee her thoughts was the same as his; he spoke to Sipsee’s father immediately. He wanted Sipsee to return to the homelands with him; both families agreed they should be together. Without ceremony, Sipsee and Hawk’s father blessed the merging of hearts. During the night when the fires were low, when the soldier were sleeping except for a few guards, a small band of men, women and children in the darkness of a moonless sky slipped away. They would never know if their families had paid for their freedom with their own lives.
A few families stayed together, many others ventured off to find their own place, maybe a new land. Hawk and Sipsee were among those going into Alabama. They hid among the tall bushes they passed along their way through the woods, always staying away from the open fields if possible. Finally, they made their home deep within the forest on the eastern edge of Alabama; living among a few Indians who was not forced to leave because of their decisions to live white gave them privilege to stay. Hawk and other warriors decided they must conform to some ways to remain free but in their hearts, the hate for the white people grew stronger.

They built log cabins and were soon moving freely among the white settlers without consequence. Sipsee learn the English language from a nearby settler who hired her to clean and wash their clothes. Hawk learn the language from Sipsee but refused to speak it unless necessary to talk to a white person. Sipsee knew that times were changing and had the foresight to know it would become a white man’s world. Hawk did not approve of many things she would say, he would only look at her and try to keep his own dreams of the future alive within his spirit.

Author’s Note:
This facts of this story has two aspects, one is the presumed facts written from the annals of history; and second by the verbal history confident from the memory of Mary Jane Overton, proud Chickasaw.

Author’s Note: To be continued in Generations of Secrets and Lies – Part 4

Books by author at Amazon.com and Barnes&Noble.com…

This blog is copyright protected. It is only for personal use. You cannot amend, distribute, sell, use, quote or paraphrase any part, or the content within this blog, without the consent of the author.

Please note the information contained within this blog is for educational and entertainment purposes only. All effort has been executed to present accurate, up to date, reliable, complete information. No warranties of any kind are declared or implied.  Readers acknowledge that the author is not engaged in the rendering of legal, financial, medical or professional advice. The content within this blog has been derived from various sources. By reading this blog, the reader agrees that under no circumstances is the author responsible for any losses, direct or indirect, that are incurred as a result of the use of the information contained within this blog, including, but not limited to, errors, omissions, or inaccuracies.

You Can save your marriage with the right knowledge

Ice Ages, river gods and the rise of civilisations

Words are art on paper, and for me they are the seeds of my soul.

It Ain't Right Till I Write

Terveen's W.O.R.D.S and Writings And a little more

Agnostic-Looking for Liberals In The Postmodern Wilderness. Postmodern Conservatism?

a path through late capitalism

Continued Reflections from my World.

days out with my camera.- the blogs continue.

~wandering through life in my time machine...you never know where it will stop next~